Barcelona, March 07th 2019.- For the 2019 edition of the 4 Years From Now (4YFN) event held alongside the MWC in Barcelona this February, Zero 2 Infinity performed a dedicated flight campaign where the dreams and resolutions for the future of the entrepreneurs and leaders of tomorrow were elevated to the stratosphere through high altitude balloon.

The campaign took place on the February 6th where the Zero 2 Infinity team and representatives of the 4YFN team joined forces to make this inspiring project happen. During this mission, the stratospheric balloon was launched from near Lleida in the morning and reached more than 30 km of altitude with a flight duration of 3 hours approximately.

Moreover, this campaign is the first one to happen within the intense planning that Elevate has for this 2019.  Specifically, this launch operation is part of the SPHERE system, a branch of the service that leverages the use of the stratospheric environment as a new and attractive medium for brands to advertise and raise awareness.

The result of the flight campaign was featured and included in an inspiring documentary “4YFN to the Stratosphere: Elevate Your Future” that was presented during the first day of the event in Fira Montjüic – Barcelona. The official presentation included the presence of Izan Peris (Elevate’s Head of Product), Laura Fernández (All Women), Ousma Numar (Nasco), Carol Rius (Husk Ventures) and Rubén Llorach & Alex Bravo (Cilantro) in a special session where they explained their individual entrepreneurship experiences. The conclusion from the session was that this communication campaign is meant to inspire dreamers and leaders to shape the future of the world we live in. 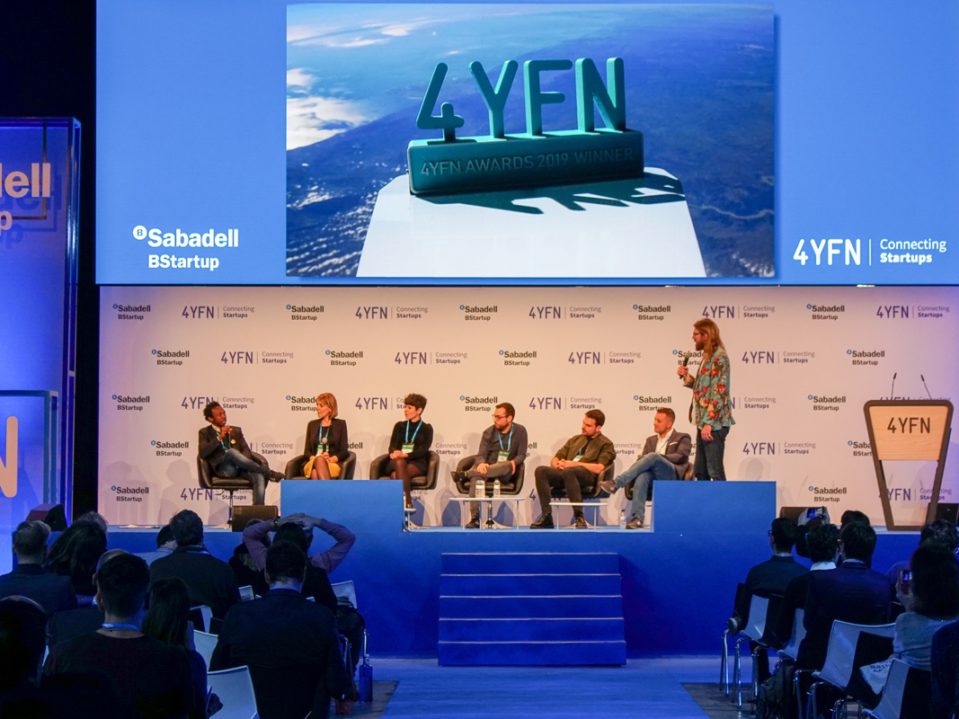 Additionally, during the last week of February the Zero 2 Infinity team attended the 4YFN 2019 event where many visitors, media and investors visited the stand to discover how the company is enabling new paths to provide frequent, affordable and flexible access to space through its innovative solutions.

Also, other interesting activity that was carried out during the 4YFN event was a space tech session “The New Space Race: How European Startups Aim for the Stars” where Rafael Jordà (Open Cosmos) and Izan Peris (Zero 2 Infinity) explored how space startups are launching innovative business models and developing tech to shape the future.