The Spanish company Zero 2 Infinity, based in Barcelona, took another decisive step in the development of its high performance stratospheric balloon systems when it launched microbloon 3.0 on Friday, September 6th, 2013. An ideal launch location for high-altitude balloons, the airport of Cordoba in Spain, was selected for this test flight. With perfect meteorology and effective support from airport and the civil aviation authorities AESA and AENA, the project suffered no delays. With an exemplary 3 hour and 10 minute flight, microbloon 3.0 spent 53 minutes at its designated float altitude of 27 km (88,600 feet), ultimately landing on target about 60 km north of Cordoba, where the team was in place to promptly effect recovery. 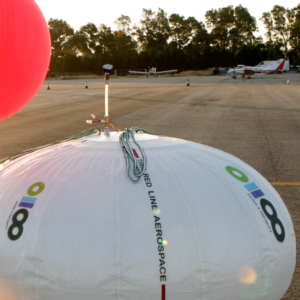 A key objective of the flight was to test the behavior, strength and suitability of an inflatable pressurized payload capsule for microbloon. The pod was designed and manufactured by Thin Red Line Aerospace, the Canadian company known for providing the inflatable pressure hulls for the Bigelow Aerospace Genesis spacecraft. The pod behaved flawlessly during the flight and confirmed superior performance and resistance of inflatable structures. “Inflatable structures are unbelievably efficient compared to advanced materials such as carbon fiber or light alloys. They hold promise of safer, more affordable applications in Near Space and beyond,” says Jose Mariano Lopez-Urdiales, CEO of Zero 2 Infinity. Maxim de Jong, Thin Red Line Aerospace Chief Engineer, also expressed his enthusiasm: “We based the Zero 2 Infinity pod entirely on our proprietary Ultra High Performance Vessel (UHPV) architecture. Developed largely at NASA Space Exploration Program context, we welcomed this exciting flight opportunity to support Zero 2 Infinity’s visionary project while further validating UHPV technology as the  inflatable pressure vessel with highest performance and lightest weight.” As with previous launches, the operations and recovery were led by Steven Peterzén, from The ISTAR Group, a leading expert in stratospheric balloons. This launch served as further training for the Zero 2 Infinity crew. The company is currently operational to send scientific and technical payloads to Near Space and aims to start its manned test program next year. Commercial operations should start soon after to offer the view from Near Space to private passengers. 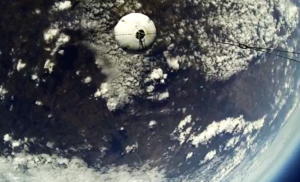